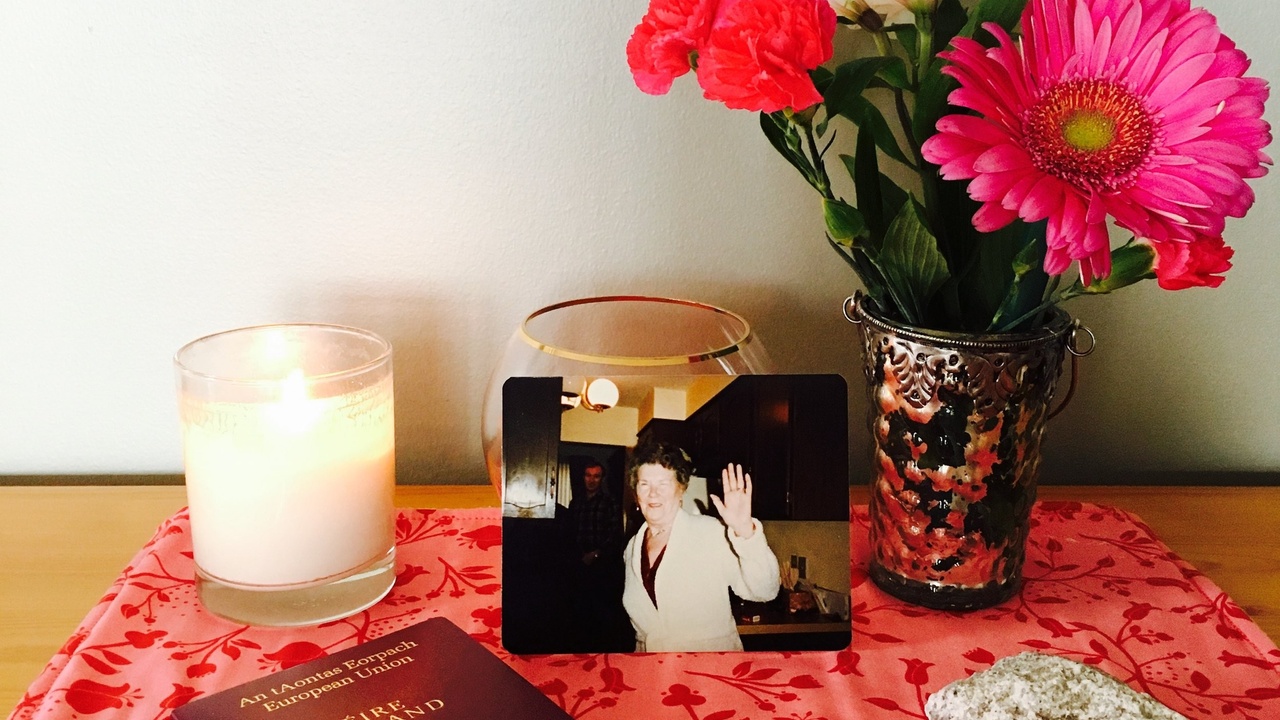 I recently made an Ancestress Altar.

It was suggested to me by my coach, Anne Davin, as a way to honour a woman in my ancestral line that personified the qualities of a heroine (a theme I’m playing with a lot these days).

I choose my paternal grandmother, Bridget.

The instructions were to place my grandma’s image, along with anything else that felt symbolic of her, on the altar and to beautify the space with flowers or candles or a little something lovely.

Then to ask myself these questions:

“What legacy did she leave you—emotional strength, foresight, imagination, humor? How can this quality guide and inform your living now? What echo or message is she sending to you through time and space that can carry you into the future?” (Anne Davin)

And then to take it one step further by taking an action symbolizing one of the qualities in her, that I want to bring more fully into my own life.

Bridget could weave a tale that would have you laughing one minute, crying the next, and praying it wouldn’t end the entire time—of course she was Irish and had inherited the storytelling gift—and the twinkle in the eye that goes with it. She also had a massively courageous heart and independent spirit (for a woman born in 1914 that didn’t always make for smooth sailing). Bridget was a woman out of time, zigging when everyone else was zagging. She simply didn’t know how not to be herself—even though many thought she was a little off her rocker.

She was larger than life and always ALL IN—so when it came to choosing an action to symbolize the qualities in her, that I want to more fully embody, I knew it had to be something significant.

There’s a writer’s retreat in Ireland that had been calling my name for months but I kept putting it on the back burner. I know part of it was resistance—I can practically feel the magic that is waiting for me (and my memoir) there (a good portion of the story happens in Ireland). But the book is also laced with themes like learning to know and accept yourself, excavating your vulnerability and speaking your truth—which means shit is going to get real, real fast, once this puppy starts to get some traction—and to be honest that freaks me out—a lot.

But I said yes anyway. Yes to the call, yes to the perpetual pull, yes to honouring the courageous and somewhat crazy (or at the very least incredibly quirky) woman who lived so many of these themes in her own life, by booking the trip.

Can you guess what happened as soon as I decided to commit? Yup—the universe moved with me—as it so often does when we take the first step and move in the direction of our dreams. #trustsurrenderleap #trustinsynchronicity

Here’s how it went this time:

Not only was Bridget my grandma’s name, but Brigit is a Celtic goddess and much beloved in Ireland—so much so that the the Church had to make her a saint when they were converting the poor heathens to Christianity, the people just couldn’t let her go. She is also one of the two main goddesses I had magical encounters with in Ireland—but for that story you’ll have to wait for the book. ;-)

Here’s the altar itself…

You can see Bridget’s picture in the middle, the stone on the right comes from the cottage where she grew up near Galway Bay and the Irish passport on the left is mine—another gift she gave me—the ability to claim my Celtic roots and obtain Irish citizenship through her line.

I miss you grandma and love you beyond words (FYI I made a typo writing the word “word” just now—it originally came out “worlds”. That too.).

Thinking you could use a little more magic and synchronicity in your life right about now?

Come join the (free!) Ruby Slipper School of Magic Initiation Challenge and learn the fundamentals of accessing your innate wisdom, power and MAGIC.

A big part of which is learning to see and TRUST in synchronicity and those little whispers and signs from the universe.

You’ll learn how to cultivate the courage to get vulnerable and visible—in your life and in your work—so you can (finally!) make the connections you’re craving and impact you know you’re meant to make. Click here to join the FREE challenge. 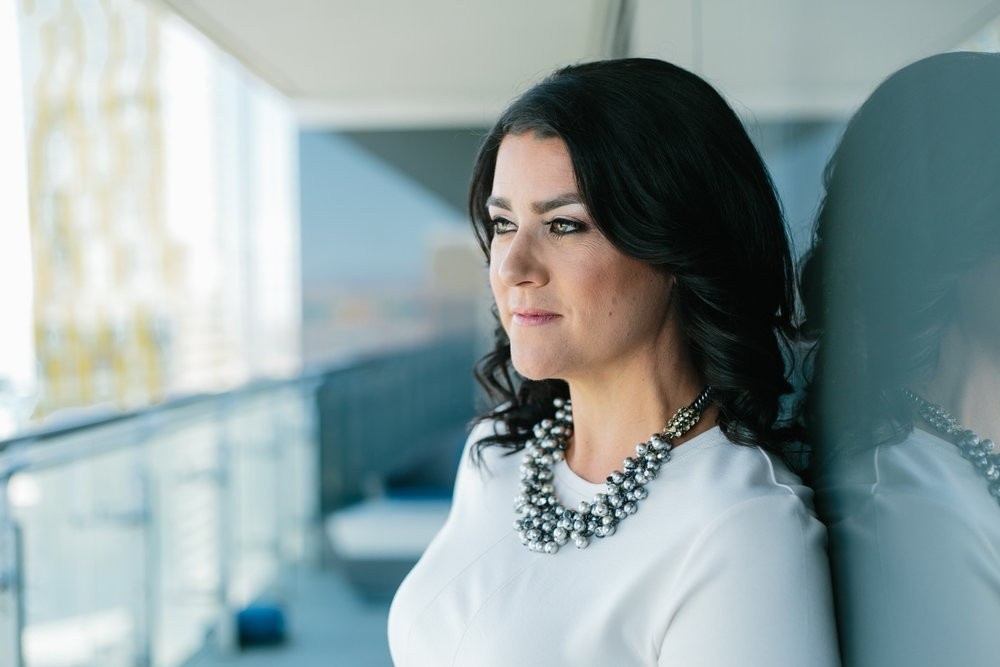 Plus the tools and treasures I can’t live without (like the cutest AND most comfortable shoes on the planet, seriously!)